GET OFF YOUR SWIMMING SUITS – CHRISTMAS STARTS IN MALTA!

We barely had time to shed our bathing costumes! We were still swimming just three weeks ago, and Christmas is now just round the corner!

Yes, Christmas in Christian Malta has become as commercial as it can get. Mad rush for Christmas presents last minute! Imported traditions from when we were a British colony are still with us. The Christmas tree decorated with lights and baubles is put up in most households and Father Christmas comes round distributing presents. Elaborate streetlight decorations brighten up the main streets in many towns and villages. However, the religious aspect is still very strong. We just so love our Christmas traditions. Christmas Eve starts with a late afternoon procession in which children take part, carrying an image of Baby Jesus and singing sweet carols in Maltese. Other children not participating in the procession would also go round the streets singing Christmas Carols. A sermon on Nativity is related by a child (first delivered in 1883 by a boy and remained so up till a few years ago, but now even girls are participating) during Midnight Mass, which is very well attended. The night is rounded off with the traditional hot cocoa drink called Imbuljuta which would include chestnuts, cloves, and cinnamon.

Christmas in Malta centres round the Crib. Every household would have a static crib displayed but one also finds fully mechanised ones – taking up a whole room, exhibited in private houses and other venues round the islands. We also feature Live Cribs – usually we have one on Malta and the other on Gozo, Malta’s sister island. The most impressive being Bethlehem at Ghajnsielem on Gozo. This event has managed to attract international attention as a top 10 worldwide Christmas destination https://ghajnsielem.com/bethlehem/about.html .  Cribs are taken so seriously that, every year, a competition is held by the National Festivities Committee to determine the best!

The image of Baby Jesus is displayed in many house front windows surrounded by lights and the traditional vetch, a beautiful white plant. This is usually sown on the 25th November in plates, kept in the dark and watered every 2 or 3 days. The plants soon shoot up, brilliant white and on Christmas Eve are placed around Baby Jesus and the Crib in homes and all the churches. 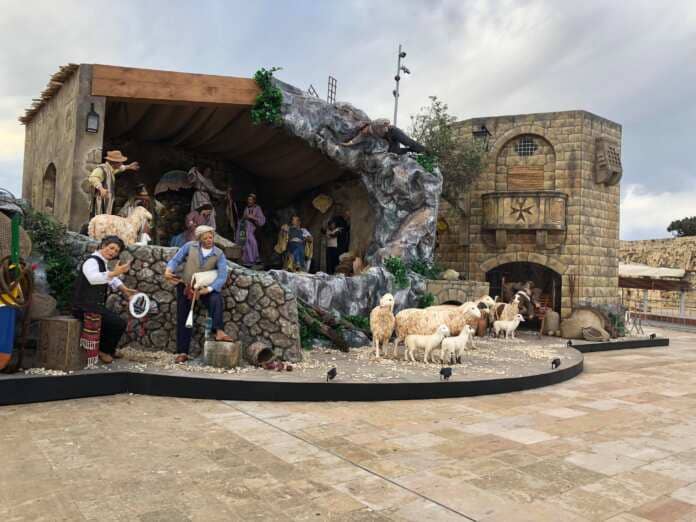 Christmas Day is characterized by the opening of presents and mainly spending the day with family, pouring over a very long lunch from 1pm till the evening! We definitely love our food! We tend to include turkey for Christmas lunch, so as such, this has become our modern tradition. Mince pies, Christmas log, Christmas cake, Maltese bread pudding you name it! But the oldest Christmas sweet tradition is the Honey Ring called Qaghaq tal-Ghasel. This was a celebrative food only available during this festive season. The earliest visual representation of it was painted by Pasquale Leonetti, who was possibly Sicilian, in 1762 and the image is located in the Archbishop’s Curia in Floriana.

Merry Christmas to All!

It is going to be a shitty Christmas in Catalonia, as usual 💩

If Santa Claus has never visited my home, where do the presents come from at Christmas? Many homes have Christmas trees, in Catalonia we have a wood log we beat up until we have what we want: presents!

Lots of yummy food in the Portuguese Christmas table!

Feliz Natal, Merry Christmas! The Holiday season in Portugal is celebrated as a time for family, of giving and sharing.

Saint Nicholas was born in Patara at the end of the 3rd century and became the bishop of the Christian church of Myra, in Lycia Turkey, in the 4th century.