I grew up in Chile in the 1980´s, at that time the world was analog and there was little cultural exchange compared to what we have today. But I went to an international school, so I grew up playing with friends from so many different countries, that I have always thought the world is quite small, but full of colours, beliefs, flavours, languages and cultures.

This rich cultural interaction in those early years of my life made me want to travel and see the world.

By the time I was old enough to travel on my own, I realized I lived in the last country in the world, in the Finis Terrae, about to fall off the globe, making any trip crazy expensive and long.

So during my youth I was very lucky to be able to travel to Mexico, Cuba, USA, do many trips through Chile and many other Latin American countries. But… this was not enough! The more I travelled, the more I wanted to see, to experience and learn.

So after I finished university I moved to Berlin, Germany.

My plan was to stay a couple of months, that was 18 years ago! After I finished studying architecture I did my masters in landscaping and when I moved to Berlin I started my PhD, but I never finished it, because I realized that tourism was my real passion.

During my first years in Berlin, I dedicated myself to learning German, writing my doctorate and learning about the German culture. At every step I fell more and more in love with this city. Shortly afterwards I entered the world of tourism and I have spent more than 15 years dedicated to historical tourism in Berlin and Germany, working for some of the biggest names in the industry. That is when I met Pen Hassmann, who had a very similar experience. In 2015 we joined forces and created Berlin Private Tours / Tours Privados Berlin. 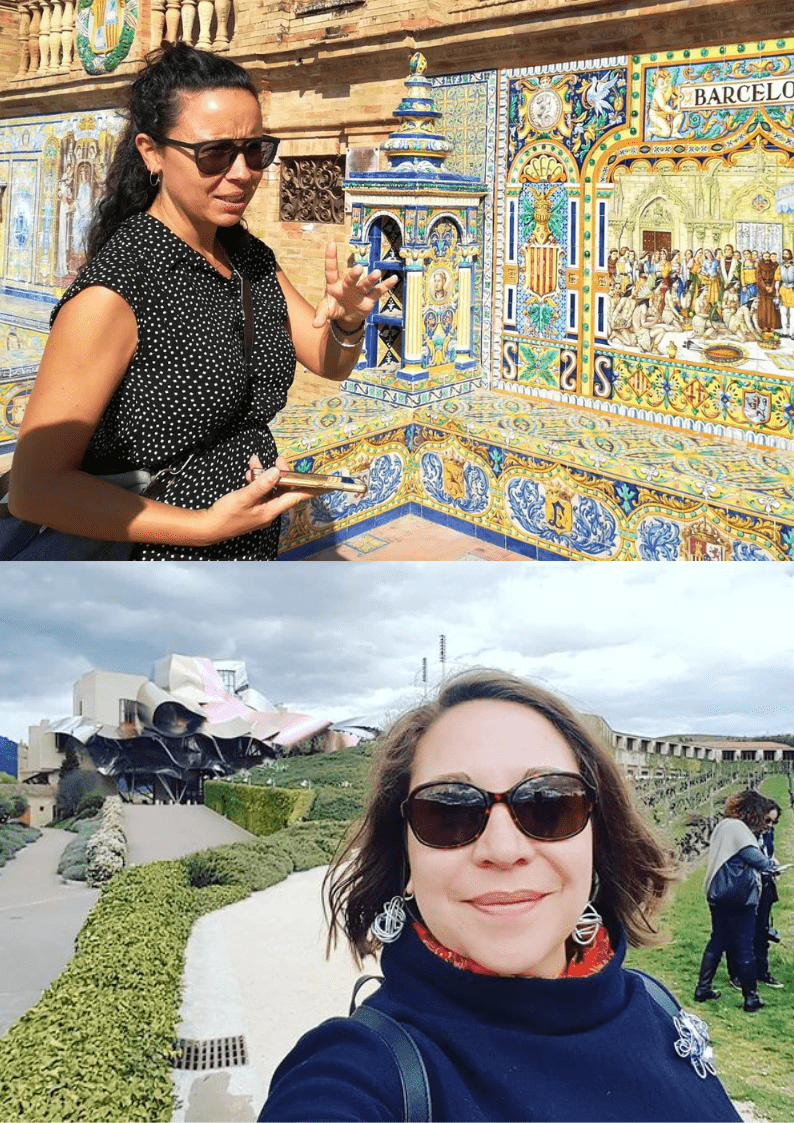 When I became part of this association Private Guides of Europe I met Dolça. We hit it off right away and after a couple of months working together for the association, we decided to create Spain Private Guides! So here I am, in this new adventure, eager for tourism to start again and have the perfect excuse to spend half of the year in Germany and the other half in Spain.

I do not like to plan too much. I am looking forward to the future, living in my two favorite countries! Promoting responsible tourism, spending time with my beloved travellers and travelling again myself!

LOOK FORWARD TO MEET YOU IN BERLIN SOON!

Wake up your feelings with Peter and NEVER FORGET AUSTRIA!

This profession allows me to be with people and to live my passion: HISTORY. I love to accompany my guests on an emotional journey of their fantastic travel moments.

It took me decades to discover all the fascinating history about my ancestry, about the 20th century of Central Europe, full of drama, adventures, love and grief. I made them all speak about it, show me pictures, tell me the stories, to cry and to forgive together.

Joan´s love for history of Malta is impossible to cool off!

My motto is ‘I am doing it because I enjoy it. I will stop doing it when I stop enjoying it’. Every morning I look forward to a great day, with every intention of enjoying the day with my clients.

I love Helsinki, the beautiful city that I live in. I believe that you cannot be a successful tour guide if you don’t have passion for your locality.